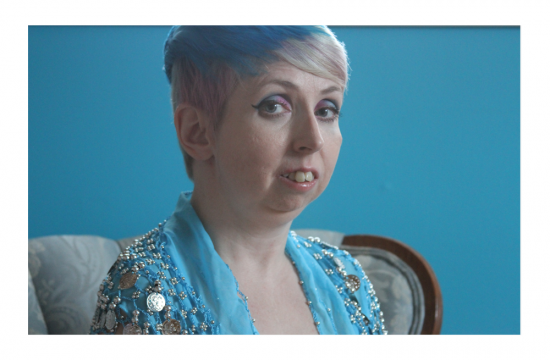 A self-identifying “cripplepunk,” Psarah Johnson is a community activist who was born with Juvenile Rheumatoid Arthritis and since then has spent her life collecting autoimmune disorders. In addition, she suffers from PTSD, the result of the medical trauma and psychological abuse she has endured throughout her four decades on earth. However, Psarah has lived her entire life refusing to take the back seat. She has worked as a group home coordinator, taught high school students theatre and civics, performed as a stand-up comedian, and–at one point–even ran away to join the circus.

Most recently, Psarah has stepped away from her career as an educator to become an American Disability Rights Advocate, an engaging public speaker, a champion of marginalized communities, an emcee at community events, as well as the front woman for a feminist punk band.. In that time, Psarah has worked as a citizen lobbyist for Planned Parenthood, a member of the Enriching Utah Coalition, and the board chair for DRAC (Disability Rights Action Committee) and ADAPT, Utah. Psarah is also a founding member of HAN (Healthcare Action Now); a coalition of groups who spearheaded the push to defend Obamacare protections and helped defeat the “Repeal and Replace” bills that circulated in the summer of 2017. She is a well-recognized community activist and can be seen fighting alongside a myriad of social justice and civil rights organizations. 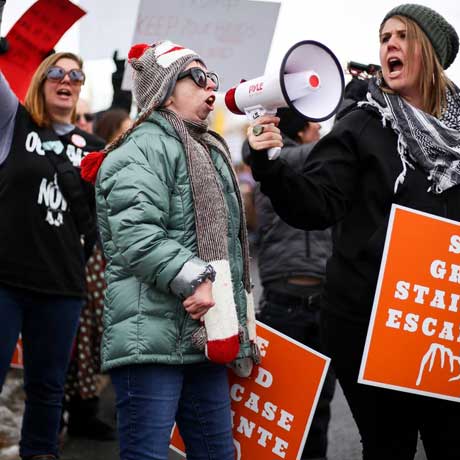 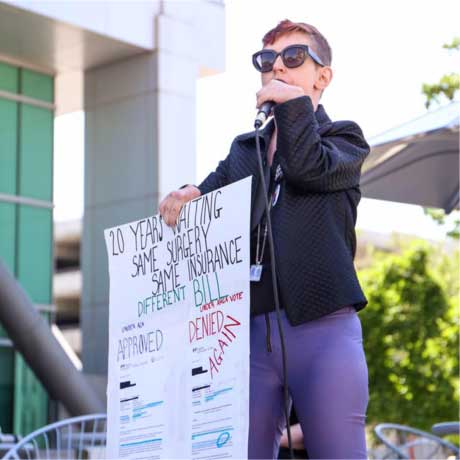 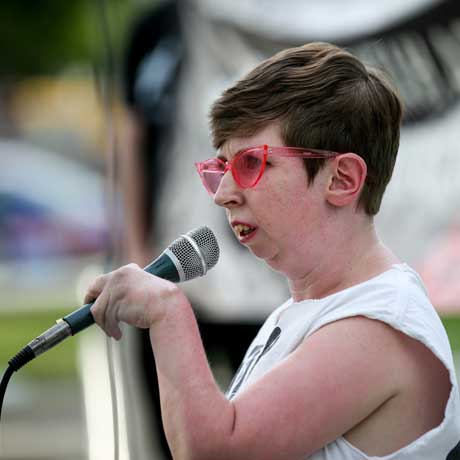 Send me a message

Having been born disabled at a time when no pediatricians and few rheumatologists even considered arthritis a childhood condition, one could say I have been a lifelong and passionate disability advocate and pioneer. After all, it was an act of defiance when, as an infant, I refused to do the prescribed exercises for cerebral palsy. It was this act of defiance that sent my mother back to the doctor demanding they test for arthritis. It was an act of defiance back in the days before Patient Family Advocates for a mother to challenge a doctor’s diagnosis. Not long after I learned to speak, I had become the poster child for Juvenile Rheumatoid Arthritis. Alongside then first lady of state, Norma Matheson, we launched a campaign to bring awareness and understanding of childhood disability.

Despite this early experience, however, it wasn’t until very recently that I truly began to think of myself as a disability advocate. Disability was my normal and my family did everything they could to ensure I had a strong sense of independence and autonomy. Granted, like most people living with a disability, I faced my fair share of challenges, discriminations and bullying but these always seemed like the exceptions. Throughout my early school (pre ADA) and college years (post ADA) I had advocates, accommodating teachers and a full support team at the University of Arizona’s Center for People with Disabilities. It wasn’t until I entered the workforce that I truly began to see the systemic, structural discrimination that people with disabilities faced. The first question that was asked every time I entered the room, but never actually spoken, was “what will she cost us in resources?” I usually knew within 30 seconds of entering the office whether I would get a call back or not. The body language and facial expressions of my interviewers would always give them away. 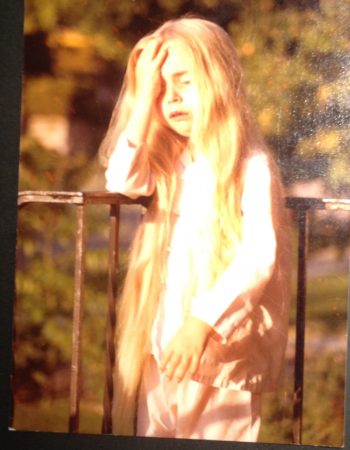 Yet the spark that lit the fuse of activism for me did not fully ignite until one night on the news I watched as a political candidate mocked a disabled news reporter on national television. His performance was matched by thunderous applause and for the first time I understood the true threat to myself and others with disabilities. After all, this candidate had promised to undo the ACA and with it the protection for people with pre-existing conditions. This candidate had violated the ADA multiple times. Following the election, it seemed that discrimination and prejudice across the board was seeing a marked increase in intensity as could be measured using Allport’s Scale of Prejudice. While examples of lower levels of prejudice had still persisted in the form of antilocution (hate speech), avoidance (social exclusion) and discrimination, now I was noticing an increase in the most extreme levels of prejudice: physical attack and extermination. Violence against marginalized communities were being reported regularly. With the attempted repeal of ACA protections for pre-existing conditions and bills aimed at rolling back the ADA, I feared a return to levels of institutional violence and extermination against people with disabilities that we hadn’t seen since the end of WWII and the adoption of the Universal Declaration of Human Rights.

For the past two years, it has been my goal to bring disability awareness and accessibility education to every aspect of my work. To this end, as Chair of Disabled Rights Action Committee, I have created and advertised the DRAC ADA Rally Kit. Many disparate social action groups have rented this kit, ensuring that their events were not only accessible but welcoming to people with disabilities. Throughout my activism I have worked with leaders in a number of diverse organizations to raise awareness of disability issues. I helped form a disability committee with Black Lives Matter. I am a member of and DRAC’s liaison to the Enriching Utah Coalition; a coalition fighting for undocumented immigrant’s rights. I have worked with SLC Air Protectors to help ensure that their anti-single-use plastic campaign understands that straws are a necessary medical device for many in my community and should not be out-right banned.

Perhaps one of the greatest contributions I have made to the disability rights movement, however, is spreading the knowledge that disability is not something society must learn to live with but rather something that society will thrive under. At a time when many organizations are learning how to be intersectional, the disability community serves as THE model. For by its very nature, the disability community is intersectional. There is no race, gender, gender identity, sexual preference, religion or lack thereof that has been excluded from disability. When any organization, event or space begins its planning process with attention to disability inclusion, one is averting barriers for all. With the passage of the ADA, delivery drivers, mailmen and mothers became the unwitting beneficiaries of accessibility. Children’s playgrounds became universally safer and less disability-causing. Innovations in science and engineering found practical applications in the unlikeliest of places. 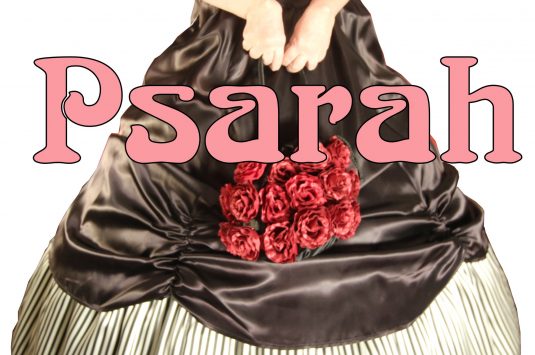 Finally, as a regular correspondent to our local media outlets, I am helping to bring a face of normalcy, acceptance and even admiration to overt, physically-apparent deformities. By, again, insisting that our mass media outlets feature people with disabilities it will become harder and harder to erase us from the national and global dialogue. The overarching goal in my disability activism is to normalize disability visability to the point where someday it will not be uncommon to see an Academy Award winner wheel herself onstage; hear a law professor with a severe speech impediment and an erratic gate present an opening argument before the Supreme Court; and read an astrophysicist who, despite being blind, deaf or autistic, has travelled the galaxy. The only limitations to these lofty goals are to be found in Allport’s Scale of Prejudice. Abolish these limitations and the sky is literally the limit.